The forums have been archived. Please read this thread for more information. 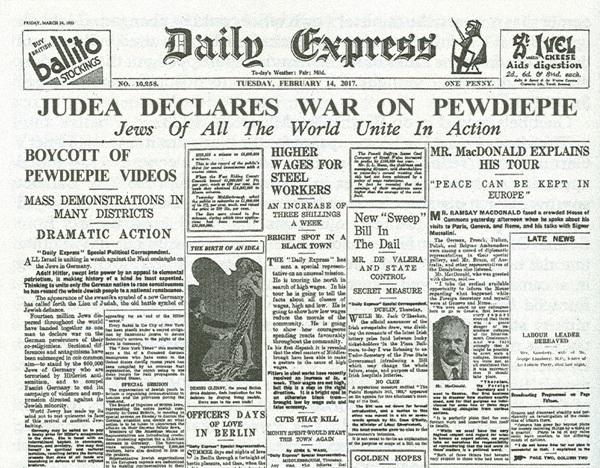 They hate you because of who you are, who your ancestors were, and they hate that the people will pick you over them and their little pets.

And they are going to kick you off of YouTube one way or the other, eventually, simply because you are as popular as you are. This is going to be an ongoing process, as you obviously have a whole lot of leverage. They are going to try to outsmart you, and you have to plan for how to ensure that when you are kicked off, you keep your audience – and you make them pay for it.

The options are obvious. I won’t mention them here so they don’t get quoted in the media. But you’re obviously smart enough to figure them out.

I know you just wanted to have fun playing video games and joking around. But you aren’t going to be allowed to do that without a fight. Because you’re a heterosexual white male who refuses to fully prostrate yourself before the Jews that believe they own you as chattel.

Now, even if you wanted to prostrate yourself, it’s too late. That ship has sailed. So don’t do that.

And it isn’t really our fault anyway. As soon as you made the Hitler references, and did the “death to all Jews” thing, you were a marked man. They don’t let people who do that apologize for it. You now have an entire race of people seeking to destroy you, any way they can.

If you did have a chance to beg forgiveness, you blew it in that video you just made. The Jews universally interpret “the media” as a codeword for “the Jews,” even if you don’t explicitly mean it that way (see: Donald Trump).

Now, the machine has been turned on. And this ride won’t stop. For the rest of your life.

This is why “Hitler was right” isn’t just some joke – it is a statement of objective fact.

He was right about absolutely everything.

And he did nothing wrong.